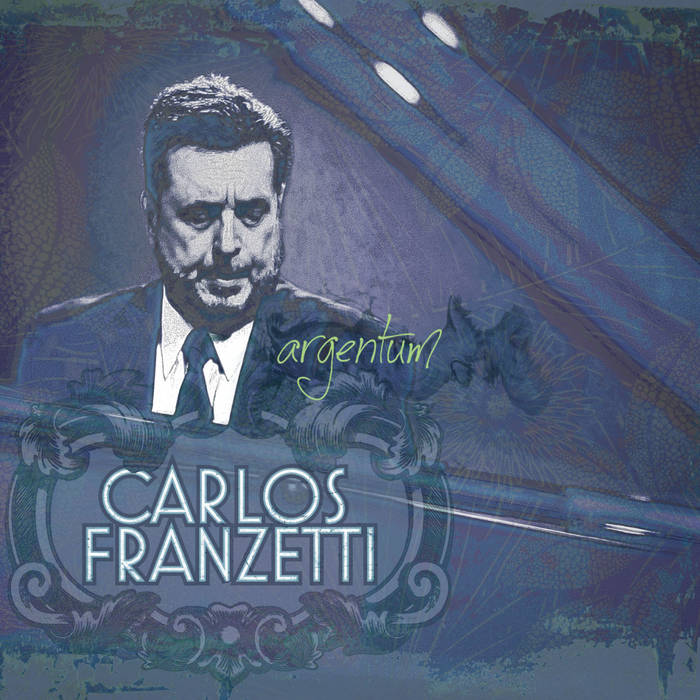 The musical world of composer/pianist Carlos Franzetti is vast but his love and appreciation of the music of his birthplace, Argentina, has led him to become one of the foremost experts and exponents of tangos, chacareras, zambas and other Argentinean folkloric forms. His new recording, Argentum, showcases his adept handling of the various types of music from a diverse cast of Argentinean composers, including a few compositions of his own, all in intimate combo settings.

The Buenos Aires born Franzetti was steeped in the musical traditions of his country from an early age. He moved to the United States to further his music studies and begin an incredible career as a performing pianist, composer, arranger and conductor for a wide-ranging group of artists, including Ruben Blades and Ray Barretto. Franzetti’s work has focused on the music of Argentina for inspiration and has resulted in his becoming one of the foremost interpreters of the music, and, ultimately, in his becoming a leading figure in the expansion of these traditional forms.

For Argentum, Franzetti has arranged a number of pieces written by well known composers, such as Astor Piazzolla, as well as works by lesser known composers, all for small ensembles led by his own exemplary piano playing. The recording sessions were split between studios in Paramus, New Jersey and Buenos Aires. The United States based musicians include his wife, pianist Allison Brewster Franzetti, bassist David Finck and saxophonist Lawrence Feldman. His Buenos Aires trio includes guitarist Ricardo Lew and bassist Juan Pablo Navarro.

Carlos Franzetti is a leading voice in the development and preservation of the national music forms of Argentina. His new recording, Argentum, provides a wonderful example of the breadth of his tastes and talents. It also is a fantastic example of the different styles of music that have emerged from Franzetti’s beloved home.