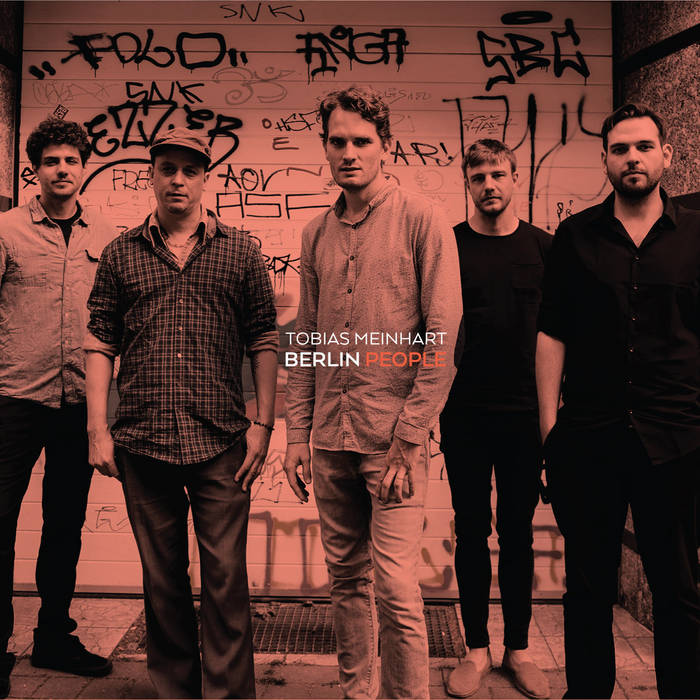 profound Great one, up there with the greatest

The dream of many international jazz musicians is to experience the jazz life of New York City. Saxophonist Tobias Meinhart had the same dream and made a move to the City from his native Germany a decade ago. Having lived in New York for ten years, he came to the realization that a young man from Bavaria can never be from Harlem and that his German roots are central to his musical identity.

For his new album Berlin People, Meinhart wanted to bridge the musical cultures of New York City and Germany by recording with a band of his German peers and an American jazz guitarist who has made Berlin his home, the great Kurt Rosenwinkel.

Though Meinhart had made his home in New York, he regularly returned to Europe and frequently stayed in Berlin during the summers, where he would reconvene with his musician friends. It was his long time friend, bassist Tom Berkmann, who put Meinhart in touch with Rosenwinkel, a musician that the saxophonist had long admired and hoped to perform with.

Kurt Rosenwinkel has been regarded as a firebrand on the guitar and a much-copied stylist. His vocal-like sound has become a touchstone for every guitarist coming up after him. He had relocated to Berlin, at nearly the same time that Meinhart moved to New York, to head the jazz department at the Jazz Institute of Berlin. Rosenwinkel has made Berlin his home base.

Meinhart’s music had been in transition over the past few years. His last couple of recordings found him leading quintets with a trumpet as the second melodic voice. His recent compositions lent themselves to the guitar. So Meinhart was overjoyed when Rosenwinkel accepted his invitation to record and tour with Meinhart’s Berlin based band. Meinhart then set out to write a number of pieces with the guitarist’s sound in mind over the next two months.

For Berlin People, Meinhart wanted to present music that had concrete, personal themes. He came up with a number of pieces that are portraits of family members and inspirational individuals.

The program begins with the moody “Mount Meru,” a composition driven by a strong unison melody between guitar and sax and was inspired by a documentary about mountain climbers and their drive to conquer a Himalayan giant. Hornung’s “Früher War Alles Besser” is a quietly insistent piece with a sly humor, as these young musicians reflect on everything being better before. “It’s Not So Easy” is a phrase regularly used by Meinhart’s father, becoming a sort of family and band mantra quip and is also the title of this challenging but swinging tune.

The brilliant Nobel Prize winner Malala Yousafzai serves as inspiration for Meinhart’s haunting ballad “Malala.” The stark “Be Free” is a loosely structured piece that relies on free group improvisation. The lone standard on the album is “Serenity” by saxophone legend Joe Henderson, chosen jointly by Meinhart and Rosenwinkel and is swinging brilliantly.

Based on an exercise of composing only using major triads, “Childhood” is for Meinhart’s mother and utilizes the chant like repetition of the theme throughout, much like Miles Davis’s “Nefertiti.” The title track tries to capture the spirit of Berlin with the taste of New York by bouncing a wild vamp against a grooving swing. The program concludes with “Alfred,” a lovely tribute to Meinhart’s first musical inspiration, his grandfather, a bassist who convinced the saxophonist to pursue jazz.

Tobias Meinhart finds a balance between his New York dreams and his German roots on his fantastic, new Berlin People.