Bud Powell In The 21st Century 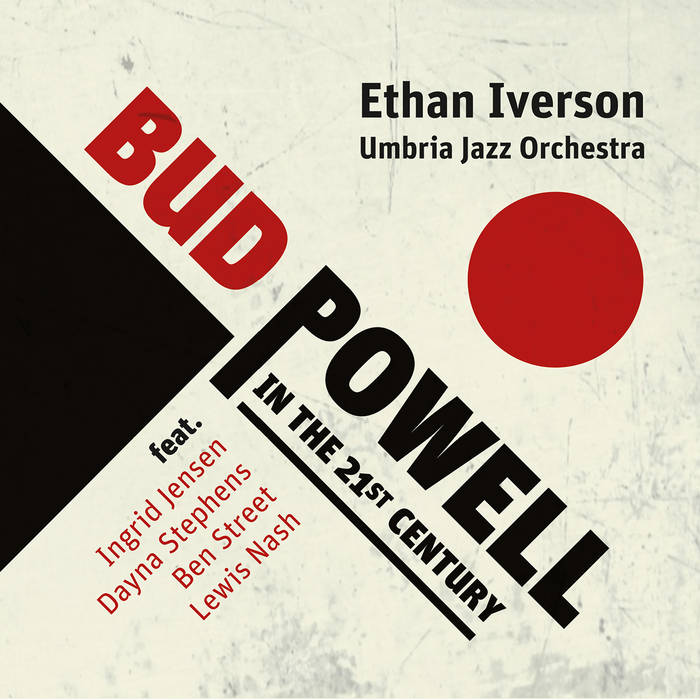 Giles I'm usually super-skeptical of jazz 'tribute' albums, but this is one of the rare great ones, such a joyous, exciting, inventive hour! Bebop tunes can often seem sort of like throwaways, and just a formality before the solos, but the arrangements here show just how amazing Powell's tunes are in themselves, as well as how good his solos were - the soli on Celia is just incredibly cool. Favorite track: Celia.

robertdn I've been a fan of big band jazz since I was about eleven years old. Which, surprisingly even to me, was about fifty-eight years ago. Some big band music can become pedantic or predictable. Not this. It has drive and variation. This is a set of virtuoso performances in a big band setting. Especially Ethan. This album does Bud Powell justice.

adam rea Some of the greatest music of the 20th century is payed due homage on this wonderful new recording. Highly inventive arranging with top flight playing all around. Poetic interludes are interspersed as tasty pallate cleansers between these hefty five star courses.. Bears the continued relistenings of its sublime source material.

The effects of the bebop revolution in jazz music are still being felt and explored. Of the half dozen true pioneers of the movement, pianist Bud Powell has remained somewhat in the shadows, although his work has become a major touchstone for true devotees of the music and a principal influence for most of jazz’s most explorative pianists.

Powell’s brilliant original compositions are essential, infinitely listenable but also strangely tricky. Unlike Monk, Parker and Gillespie, the composer neglected to perform them much after their original recordings, so they never became a part of the jazz lingua franca. Pianist and historian Ethan Iverson provides a fantastic validation of Powell’s compositional genius on his new recording, Bud Powell In The 21st Century, a reworking of a number of Powell’s pieces for big band.

Iverson came upon Powell’s music early in his development via the Mosaic boxed set of the complete Powell on Blue Note Records and the essential The Genius of Bud Powell compilation on Verve Records. The music was revelatory for Iverson and has continued to be an inspiration well into his career. That career has always balanced itself between the presentation of new contemporary work and jazz history, essentially Iverson’s involvement with The Bad Plus paired with his work on Do The Math.

After his departure from The Bad Plus, Iverson’s time has been occupied more and more with large commissions, like curating MONK@100, the Monk Centennial event at Duke University, Iverson’s overview of the British jazz scene for the London Jazz Festival, a piano concerto for the American Composers Orchestra, and Pepperland for the Mark Morris Dance Group. It was under the auspices of a commission from Carlo Pagnotta, Enzo Capua and the Umbria Jazz Festival that Iverson’s Powell project was able to take shape.

The popular pull of tribute concerts in jazz institutions has continued to surge, a common draw at Jazz at Lincoln Center and jazz festivals all over the world. Iverson believes fresh creative composition to be almost a requirement for jazz repertory projects to be successful. The project shaped itself into what would be Iverson’s first attempt at arranging for big band; to be presented at the Umbria Jazz Festival in 2019.

For source material, Iverson began toward four quintet pieces that Powell recorded with an incredible group of musicians in 1949. The ensemble of Powell, saxophonist Sonny Rollins, trumpeter Fats Navarro, bassist Tommy Potter and drummer Roy Haynes plays quintessential versions of Powell’s “Bouncing with Bud,” “Dance of The Infidels” and “Wail,” along with Monk’s “52nd Street Theme.” Because this is the only Powell led session with horns, Iverson decided to use these tunes as the backbone of his orchestrations.

Iverson is generally attracted to more idiosyncratic jazz composers who write for their ensembles, individuals like Duke Ellington and Carla Bley. In an effort to bridge a divide that would come from composing and arranging for a one-off big band, Iverson enlisted a tremendous quintet to secure the foundation of his work. Ingrid Jensen had impressed Iverson for years as a triumphant solo voice in Darcy James Argue’s Secret Society Band. Saxophonist Dayna Stephens stood apart for his virtuosity and oblique approach. Bassist Ben Street has been a longtime collaborator, someone who understands both bebop and modernity. The happy opportunity to add drummer Lewis Nash, a master musician who has been the first call of many legends, was too good for Iverson to pass up.

Going into the actual writing and arranging, Iverson knew that he wanted to present Powell’s compositions accurately, doing “no harm” to their original intention. This would be difficult, as the pieces are hard and have finicky details. There were a number of composers and arrangers Iverson looked to for inspiration, including Stravinsky’s arranging of older Italian music and Carla Bley’s take on Spanish folk songs for Charlie Haden’s Liberation Music Orchestra. Shades of Count Basie and the Dizzy Gillespie Big Band also tint Iverson’s palette.

Iverson’s composed original pieces, like “Bud Powell in the 21st Century” and “Nobile Paradiso,” use Powell’s improvisations as building blocks. Iverson also borrows key harmonic and melodic ideas to inform his “Spells,” short chorales that connect the larger pieces and have the feel of an eerie séance with the celebrated pianist. Pieces like “Continuity” and “Nobile Paradiso” are heightened by Iverson’s mastery of counterpoint, with strands of ideas moving around each other, the latter piece composed of Iverson’s original material that builds like an anthemic Powell composition, like a hill from a grain of sand (with a foxtrot rhythm!). Big moving block chords hammer in the harmonic ingenuity of Powell’s originals under Iverson’s dynamic revisions.

Powell’s touch can be heard throughout the recording. Iverson and other ensemble members quote the pianist’s solo lines throughout, as can be heard in the saxophone section on “Celia” and under Iverson’s capable fingers on “Tempus Fugit,” which happens to be led in by an unaccompanied display of Nash’s impeccable bebop drumming. The gorgeously played French horn feature for Giovanni Hoffer on Powell’s ballad, “I’ll Keep Loving You,” is a true showstopper.

Ethan Iverson’s Bud Powell in The 21st Century is a landmark not only in his career but also in the legacy of Powell, a musician who came from a generation that longed for the opportunities to have their pieces appreciated as the true art it is. Iverson has stylishly recreated the legend’s pieces for a grand big band to perform on a festival stage in Italy. Powell’s spirit should be pleased.