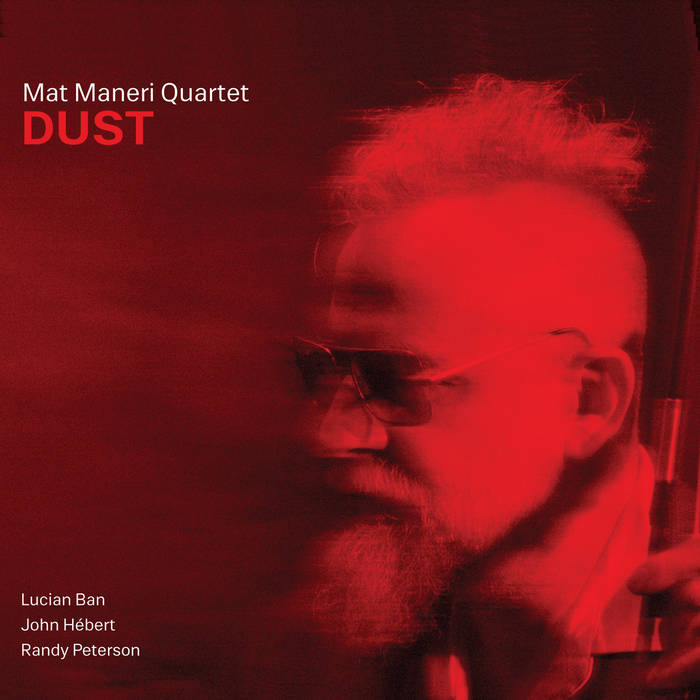 Rick Mathis Oh my word, this is a great album! A lot of people don't think that free jazz can be beautiful as well as creative. Well, this cd will prove them wrong! Mat Maneri has done a superb job all the way around! Lucian Ban is on piano, John Hebert on bass and laying down the rhythm on the drums is Randy Peterson. Two words: BUY IT!!! 😎

Brandon Lopez Mat's playing is singular. His approach holds that rare quality that can suck the air out of a room, hold his audience captive and force the listener to deal what he's dealing. This laconic album is a fantastic example of that inexplicable quality, and I'm more than enthused to spend the time (and money) on the venture. Thanks for making this music available. I'm grateful to share the world with such a thing.

Imagine sitting in an ordinary room. The afternoon sun is shining through the blinds alighting on a languid scene, a couple of chairs, an empty table, and the shadows moving almost imperceptibly down the wall. Nothing seems to be stirring. But even in this peaceful stasis, there is unflagging activity as thousands of dust motes float on their lonely paths, ostensibly of their own whim.

Violist/improviser/composer Mat Maneri envisages his music as one of activity in stasis, or motion within stillness. His music continues from the lineage of master improvisers Paul Bley and Paul Motian with a sound that is distinctly his own and developed over years of discovery and practice. Maneri’s new recording, Dust, showcases his stirring playing alongside an ensemble of communicative and exploratory musicians.

The evolution of Maneri’s remarkable and individual sound began with his initial forays into classical violin. His discovery of Baroque music and its pure, vibrato-less sound was appealing to the young violinist. Further explorations into modern classical and improvisation led him to develop his own improvisational practices. Through the influence of his father, woodwind player and educator Joe Maneri, Maneri was able to find a way of vocalizing on the violin or viola, emulating the breathiness of Ben Webster and the sparsity of Miles Davis.

As Maneri focused more and more on viola, he began to find his voice while playing in ensembles of many styles and genres, developing a confidence in his approach to expressivity and creativity. A melodic language all his own emerged, as he looked to find the truth in melodies, or to play a melody “as you’d read a poem.” Many took notice of Maneri’s individuality and brilliance, which led to collaborators as diverse as Cecil Taylor, Evan Parker, Paul Motian, and Craig Taborn.

There is a sense of nostalgia in the music on Dust and that is intentional. Maneri chose to look back and to incorporate ideas, and collaborators, that have helped shape the musician he has become.

The ensemble features Maneri’s longest collaborator, drummer Randy Peterson, with whom he has been playing since the late 1980s in Boston and with whom he has a near telepathic musical connection. Pianist Lucian Ban has been a close associate for the past decade and an important springboard for ideas. The ensemble needed just the right bass player to balance it out and John Hébert fit perfectly.

The compositions are mostly Maneri originals with Ban adding a couple of his own. The pieces are not typical jazz pieces with A and B sections but are more open-ended, providing a jumping off point for improvisation. There is an intriguing quality to the tunes as they marry a harmonic lushness with a bluesy quality and the exotic microtonalities that Maneri has mastered.

The recording begins with Ban’s subtle and warm “Mojave,” a piece with a beautiful looseness and an old fashioned sensibility, albeit with an intriguing fresh approach. Ban’s ambiguously lush harmonies reinvigorate Maneri’s hazy “51 Sorrows,” while the violist’s “Red Seven” also revisits the feel of his earlier “Blue Seven” with its harmonic expansiveness providing the musicians intervals and shapes leading in any direction. The rollicking “Motian” is an in-and-out of time musical nod to the late, great drummer/conceptualist and also the first piece the ensemble recorded to set a mood for Dust. Ban’s solemn “Two Hymns” uses slow moving harmonies for a gradual progression that still has the power of a hymn.

Maneri’s “Losed” utilizes a specific sequence of harmonies with Peterson’s drums skittering over an unrelated melody, the band’s interplay making this wistful piece cohesive. Maneri’s “Last Steps” is another older piece that is reinvented, here as a solitary dirge with the weightiness of unknowing. The quietly tuneful “Retina” is Maneri’s tribute to Wayne Shorter, a composer whose mysterious quality resonates here in the disorienting loop structure. The recording ends with “Dust,” an improvisation that echoes Miles Davis’s musical openness, with hints of Indian classical music and the blues, and with an intentional playful feel and, ultimately, hopeful conclusion.

There is an introspective stillness that predominates Mat Maneri’s music even though there is much going on. Dust is a fantastic document showing how there can be depth in seemingly placid sounds, like the minute details fomenting in slow moving clouds.