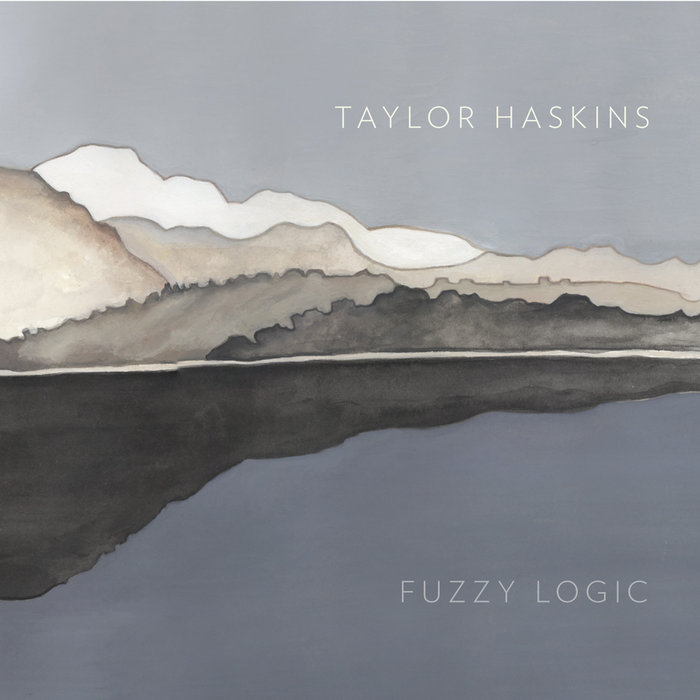 The ever popular trope of a snowball’s downhill whirl, building and building into an avalanche, could easily describe the progression of an artist from initial spark to the final product built from the outpouring of ideas. Often, the germinal idea is forgotten by the time the project is completed.

Trumpeter Taylor Haskins echoes this sentiment: “The path of the artist is a nebulous one. Like most works of art, Fuzzy Logic began as a small kernel of an idea and has since been cultivated into a full-fledged entity able to stand proudly on its own. To go back in time and find precisely which specific idea set off the whole series of events and inspired conceptions that resulted in this music would be like trying to find the origin point of the big bang in order to discern the nature of the universe: seemingly impossible, and largely irrelevant."

What the listener hears on Fuzzy Logic is a meticulously crafted and gorgeously executed recording by a highly competent composer and performer. Haskins puts all his experience, influences and talent into the conceptualization of the music and, along with a tremendous cast of supportive players, including guitarist Ben Monder, bassist Kermit Driscoll, drummer Jeff Hirshfeld and a string trio, creates a living work.

The highly accomplished Haskins has been a valuable asset to the New York music scene for two decades. Since receiving his Bachelor’s in music performance from the University of New Hampshire and his Master’s degree from Manhattan School of Music, he has been a longtime member and contributor to Guillermo Klein’s Los Guachos, the Dave Holland Big Band, amongst others. Haskins has also successfully composed music for major motion pictures and national commercials for fifteen years.

The breadth of Haskins’s musical influences can be heard in his compositions. Ranging from jazz to classical to American roots music, the trumpeter’s compositional voice is at once singular yet familiar. These separate sounds that are easily recognizable in the American musical palette are the building blocks to Haskins’s musical identity.

In the final realization of Fuzzy Logic, Haskins assembled an ensemble of musicians who skirt the same borders of jazz and contemporary music. Guitarist Ben Monder bends the concepts of jazz and rock into his own whirlwind of sound, bassist Kermit Driscoll solidly underpins the ensemble in whatever flight they happen to take and Jeff Hirshfeld is a perfect timekeeper holding the pieces in place. Added to the group was a trio of strings: violinist Joyce Hammann, violist Lois Martin and cellist Jody Redhage, expanding the emotive range of the compositions.

The recording begins with the haunting sound of Native American drone flute on “Somewhere I’ve Never Travelled,” an elegiac tome featuring trumpet and strings in beautiful unison. “Four Moons” seems to be in flux with a smooth trumpet passage over bass pedal tone with strident strings increasing the tension, while “Fuzzy Logic” is a lush composition that flows with a deceptive intent. Strings take the lead on “Perspective,” with the trumpet billowing from the ensemble in this stoically paced ballad. Haskins’s dramatic arrangement of Thomas Dolby’s “Airwaves” is a perfect example of his penchant for mixing popular song with contemporary compositional ideas, with Monder’s guitar seemingly underlining that effect.

The enchanting “Conviction” is a subtle yet strong musical statement, somehow steely and flexible. “Comfortable Disease” has an air of mystery, Haskins’s trumpet answering the questions posed by the composition. The defiant “Too Far” has a bold melody and logic while “I Believe In You” is a warm, uplifting tune with an American accent. The recording concludes with Tom Waits’s plaintive missive “Take It With Me,” Taylor’s melodica squeezing every ounce of emotion out of the heart rending melody.

The ambition of Taylor Haskins to create music that is both technical and accessible has come to fruition on Fuzzy Logic, a recording with depth that isn’t necessarily obvious at first listen. A recording that blurs the boundaries of what jazz is at the period in time.