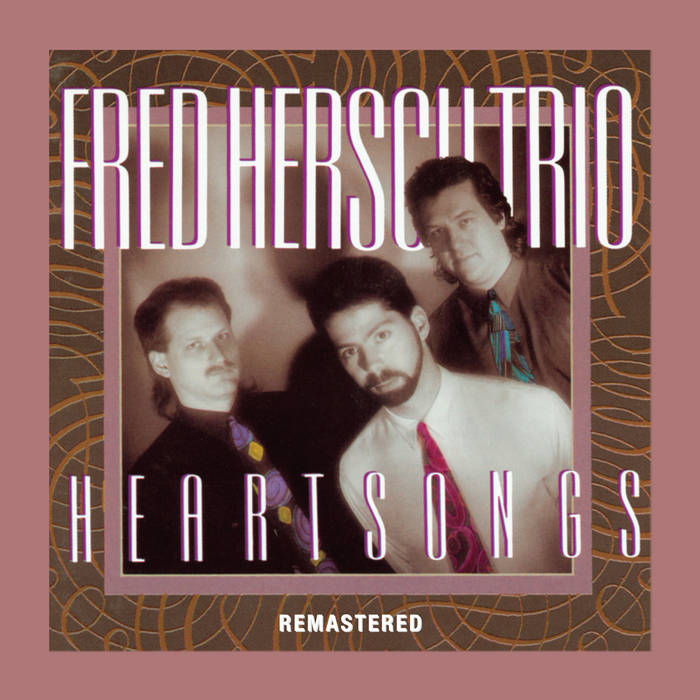 Hersch is a true musician with virtuosic gifts and a rare insight formed from close studies in both jazz and classical music, and by constant practice and just plain hard work. He also is intelligent, a quality that speaks eloquently through the architectonics of his music as well as in his conversation. His is a talent that has been distilled to essences which are now producing music at the cutting edge. Fred – a transition in reference that stems from a sense of knowing this unique individual – possesses an innate congeniality, honesty and willingness to share that is as refreshing, especially in this age of hype and hyperbole, as it is disarming.

“This is the first album I’ve done with a working band,” Fred begins. “There was the album Horizons, with Marc Johnson and Joey Baron. But though we had played together with Toots Thielemans and in other rhythm section contexts, we never played as a trio.

“Michael Formanek and Jeff Hirshfield are contemporaries, which is a very important thing to me because we grew up listening to the same music. We’ve been in New York about the same amount of time. We’ve done all the sideman gigs, some of them together: Michael has played with people like Freddie Hubbard, Eddie Henderson, Tony Williams, Herbie Mann. Attila Zoller and Dave Liebman. Jeff also has played with a lot of people including Jim Hall, Randy Brecker and Eliane Elias, Penny Wallace and numerous big bands. We’ve been jazz mercenaries’, as Jeff calls it. But, now this trio project is something that we’re doing for us!

“While it’s not a co-op in the strict sense, it’s a big commitment for each of us, which I find flattering. For example, we don’t play anything that we all don’t feel good about. And we talk everything over. We trust, I think, each other’s judgement. We feel that this record is a good documentation of the work that we’ve done over the past year. So we’ll now be putting some of this material away and add other things involving different rhythms and influences coming from various world music sources, especially from Africa and South America.”