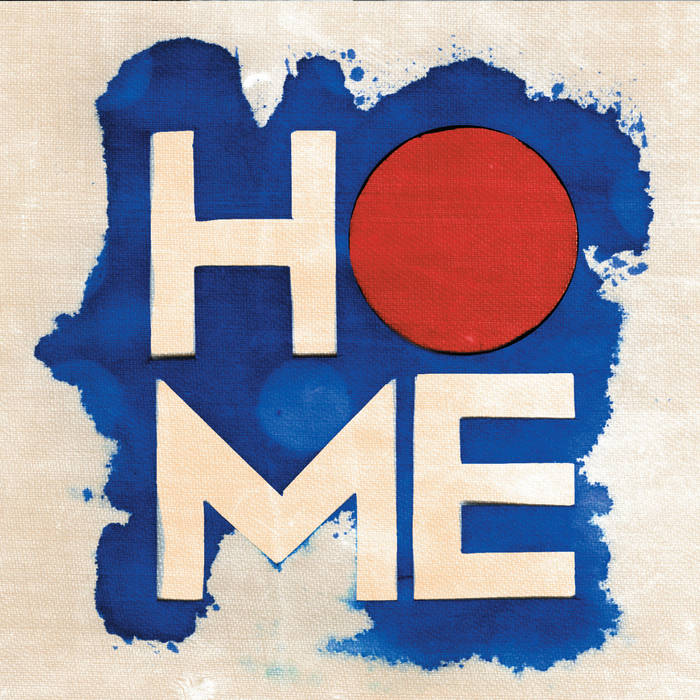 Christoph Steinrücken Downloaded because of Becca Stevens' participation. Then I realized that all tracks are really beautiful and moving. "If it was" is marvelous too but my real favorite Track is "Doves" (by Sachal Vasandani). Favorite track: If It Was.

Andrew Jervis Breezy timeless fusion of folk and jazz AND your money will go to help victims of the Japanese earthquake/Tsunami. Favorite track: Leaves Rebirth.

"News of unprecedented disaster that hit Japan last year has come and gone but the need for relief remains. I am sending this music into the world as an ambassador for people in Japan. I also hope that these songs will bring some comfort and light in your dark moments and help you reconnect with your own humanity." - Rio Sakairi

"Call me romantic, but I believe in the power of music and its ability to heal and uplift," proclaims Rio Sakairi, Director of Programming at The Jazz Gallery, an internationally recognized breeding ground for young musical talent in New York City. It is this sentiment that inspired her into action, when a 9.0-magnitude earthquake struck off the coast of Japan on March 11, 2011. Marking one of the worst natural disasters on record, the earthquake spawned devastating tsunamis and a subsequent nuclear crisis. The insurmountable destruction claimed tens of thousands of lives, and the world watched in horror. For Sakairi, it was more than an unfathomable tragedy; it literally hit home.

Born and raised in Tsuchiura, Ibaraki - just two hundred miles from the severely ravaged Sendai area - Sakairi was inspired immediately into action. She called upon an esteemed roster of friends and colleagues within the thriving jazz scene, and they came together to create a gift to those who suffered such incredible loss. HOME - Gift of Music is an eight-song manifesto of hope from some of today's most innovative musicians in jazz and beyond, including Gretchen Parlato, Doug Wamble, Becca Stevens, Alan Hampton, John Ellis and Claudia Acuña. Scheduled for release on September 11, 2012 on Sunnyside Records, the singer-songwriter leaning repertoire captures the huge emotive capacity of the artists, with an intimacy as personal as a love letter. The fullness of their hearts is evidenced by the immediacy with which they were able to unlock their overflowing expression of compassion, empathy and, ultimately, optimism.

Sakairi's reputation as a concert producer has placed her among the most influential figures in the jazz field. Her creative ideas, understanding of new trends, track record of discovering and nurturing new talent, and impeccable artistic standards have captured the attention of such seasoned experts as George Wein. Now stepping out as a record producer, Sakairi demonstrates her musical sensibilities and convictions as a philanthropist.

The musical and social camaraderie that Sakairi has so uniquely fostered over the last twelve years at The Jazz Gallery undoubtedly came into play during the recording. The artists donated their time and talents, penning personal songs specifically for this project. All proceeds from HOME - Gift of Music will go to Habitat for Humanity Japan, where volunteers are working tirelessly to rebuild homes for those affected. Studio time, engineering, artwork, graphic design, distribution, marketing and PR services were also generously donated.

"All of the songs were written with very short notice and there was no rehearsal," says Sakairi. "It's pretty magical the way everything came together. It was all done in just one or two takes."

Sakairi's mentoring skills proved instrumental, pushing artists not only beyond the jazz realm, but for some, out of their comfort zones; most notably with the contribution of the multi-reedist John Ellis, who makes his debut as a vocalist on the pensively assuring title track. "I just knew he could do it," says Sakairi, who has commissioned Ellis three times for The Jazz Gallery's notable commissioning program. "Every time I push him, he rises to the challenge, delivering results above and beyond my expectations. It turned out to be great, exactly as I thought it would."

Becca Stevens laces this track and others throughout the album with mesmerizing vocals, and also contributes two standout songs. Her Tillery bandmate Gretchen Parlato offers backing vocals on several tracks as well, and also sings two gorgeous duets with bassist/guitarist Alan Hampton and trumpeter Leron Thomas. Both Hampton and Thomas also shine as vocalists away from their respective instruments. Guitarist Doug Wamble's soulful, hymn-like anthem, "Fear Not the Fall" anchors the overall emotionalism of the album, while singer Sachal Vasandani's album closer, "Doves" stirs up hope for what is to come. The album also boasts a stellar band, including the pianist Taylor Eigsti, the saxophonist Dayna Stephens, the guitarist Adam Rogers, the bassist Ben Williams, and the drummer Johnathan Blake, among others.

Vocalist Claudia Acuña contributes the album's only cover, a rousing rendition of "The Music Is The Magic", written by the incomparable singer/songwriter Abbey Lincoln. The song's lyrics, which embody Sakairi's notions about the power of music, are a perfect fit.

"The music flowed," says Sakairi. "Everything was easy. It felt good to be in the studio, and we were all happy to be there. There was lots of excitement and laughter and good will. Everyone brought their A game and it was so amazing to work with them. I don't know how they do it."

In the age of the five-minute attention span, and in a world with no shortage of catastrophes, Sakairi is working hard to remind everyone that, although the tragedy in Japan may not make the front page today, people are still hurting and the road to recovery is long and difficult. HOME - Gift of Music is a testament to the enduring spirit of the people of her native homeland, and to the ability of music to leave an ineradicable impact. "Action is how we show that we love and we care," says Sakairi. "Action is the only way to combat helplessness. I took on this task because this is my home."