In The Key Of Tango 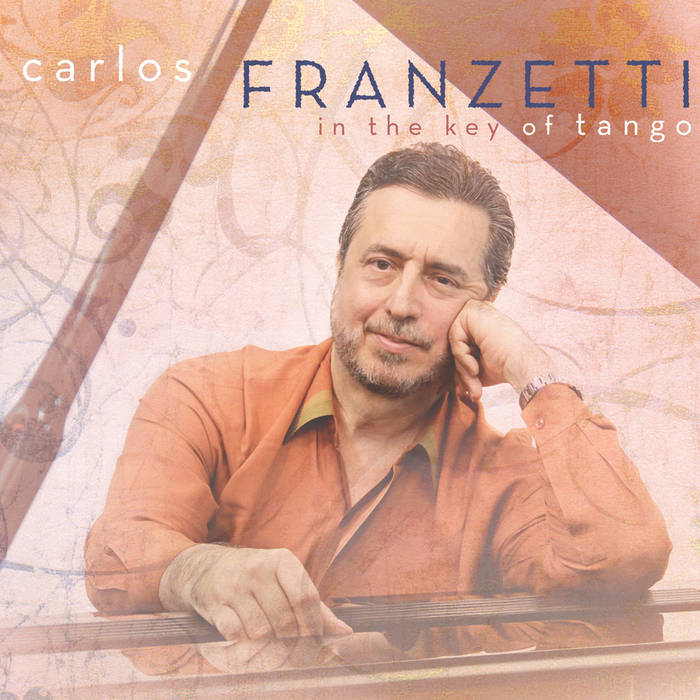 Interesting things happen when a celebrated composer and arranger decides to play classic repertoire in a solo setting. In the hands of a master improviser, new ideas can spring to life instantly while traversing and manipulating the framework of these musical gems.

The Latin Grammy award winning pianist/composer/arranger Carlos Franzetti has taken the challenge of reinterpreting the works of a number of tango greats on his new solo piano release, In the Key of Tango. Using the familiar work of these Argentinean masters, Franzetti is able to utilize his well-honed orchestrating skills to develop new ideas from their groundwork through improvisation.

Originally hailing from Buenos Aires, Franzetti has been immersed in jazz, classical and tango music from an early age, beginning with his childhood studies at the National Conservatory of Argentina, to his time spent with composer Humberto Hernandez Medrano in Mexico, and on to his study at Juilliard. His eclectic career has led Franzetti to work in many musical fields, including writing and arranging for symphonies, chamber music and big bands along with film scoring.

Franzetti’s work has been extremely well received and he has been nominated for numerous Grammys for his work in classical, jazz and Latin music. His notoriety has allowed him to perform with some of the best musicians and ensembles spanning these genres.

For In the Key of Tango, Franzetti decided to forgo the large orchestrations and ensembles to focus on instantaneous re-composition through improvisation. He wanted to play solo piano as a tribute to the tradition of great Argentinean pianists of the past, including Horacio Salgán, Osvaldo Tarantino and Emilio de la Peña.

The repertoire that was selected came from his own taste in tango music, Franzetti having made his selections based more on his feelings for the music rather than intellectual leanings. Franzetti has been familiar with these pieces for many years and it was just a matter of time before he could approach them with the dedication he felt they deserved.

Franzetti traveled to Buenos Aires to record these pieces in June 2013. He wanted to capture the music where it was born and while he was re-experiencing his homeland, his old barrio inspiring his play. While he was able to record at Moebio Studio for three or four hours, his reaction to the cold weather required that he postpone the remainder of the recording until he returned to the States, where the recording was finished at Trading 8 Studio in New Jersey a few months later.

The recording begins with a lilting rendition of Carlos Gardel’s “Soledad” which is followed by an upbeat take on Julian Plaza’s “Danzarin.” Horacio Salgán’s “A Don Agustin Bardi” is a showcase for Franzetti’s incredible dexterity. The pianist slows it down with his own “Tango Fatal,” a melancholy, blue tune, which is followed by Julio De Caro’s playful “Boedo.”

Two pieces by Anibal Trollo follow: “Responso” with its balance of bombast and sensitivity and “Maria” with its deceptively intricate melody. Osvaldo Fresedo’s stately “Vida Mia” is paired with Jose Dames’s heartrending “Nada.” Astor Piazzolla’s “Adiós Nonino” receives a grand treatment by Franzetti, who explores every dimension of the piece.

Juan Carlos Cobian’s “Los Mareados” is triumphant in off kilter defiance. Equally unruly is Piazzolla’s “Revirado” in Franzetti’s energetic reading. The subtle take on Virgilio Expósito’s “Naranjo en Flor” is a settling palate cleanser. Franzetti’s version of Angel Villoldo’s “El Choclo” is restrained and mysterious, while Agustin Bardi’s “Nunca Tuvo Novio” is a perfect bookend to the recording with its subtle grandeur.

In a touching tribute to his Argentinean musical heroes, Carlos Franzetti has recorded a lovely collection of tango classics for solo piano on In the Key of Tango.