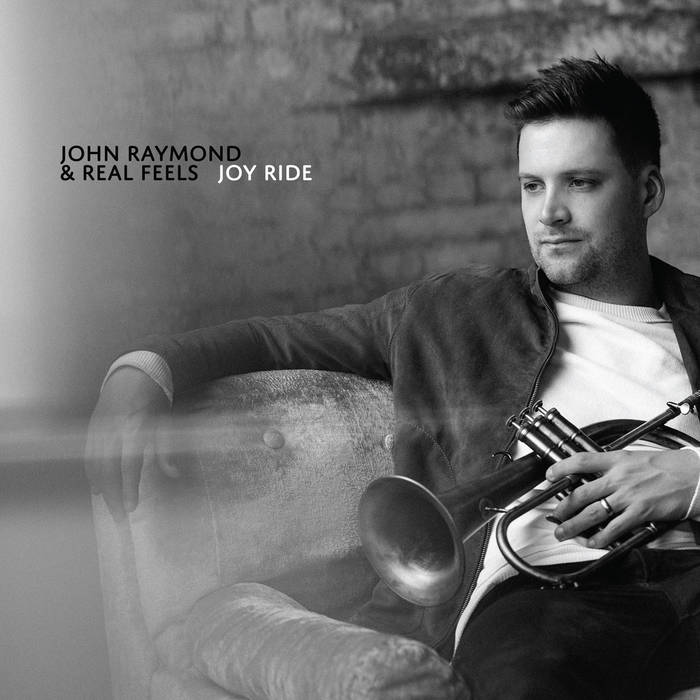 Rob O. John Raymond is a tasty performer and the guitarist Gilad Hekselman is central on this project. If only Sunnyside Records would post the entire album, I think their artists would have more of a following. Had to sample this on Amazon before making the purchase. John makes the covers of Simon, Gabriel and Dylan his own, Favorite track is his original, Fortress. This album is a joy ride!

In life, it is easy to become untethered and lose a sense of stability. For many, stability is found in close relationships, whether it be with partners, family or friends. It is exactly these connections that make the journey through life possible and, in John Raymond’s case, a Joy Ride.

In the unfettered world of the jazz musician, having a long time working group with a unique identity and sound is a rare thing. There are certain regional sensibilities that emerge from around the nation. There does seem to be some instinctual urge from Midwestern musicians that makes them attracted to more familial surroundings, musically speaking: a close-knit band.

Originally from the Minneapolis area, John Raymond grew to appreciate musicians who wanted not only a connection with their audience but also with their associates on the bandstand and, taking this to heart, the trumpeter applied the sentiment when he created his own band, Real Feels.

Raymond moved to New York City after spending some time studying music in Eau Claire, Wisconsin. He was able to establish himself in the New York scene playing alongside well-known musicians like Billy Hart, Orrin Evans, Kurt Rosenwinkel, Dan Tepfer and Linda May Han Oh. But Raymond was increasingly drawn to creating and leading a band of his own, which has always been his main focus.

By the time he moved to the City, Raymond had already been drawn to Gilad Hekselman’s playing. The guitarist’s lyrical style was perfect for Raymond’s musical direction and Raymond began to employ Hekselman in many of his projects. After a few years of playing together, Raymond wanted to experiment with an ensemble sound that he found increasingly more attractive, a flugelhorn-led trio with guitar and drums à la Jim Hall and Art Farmer and, more recently, the collaborations of Ron Miles, Bill Frisell and Brian Blade.

The initial performance of what would become Real Feels was a revelation for Raymond. He provided simple lead sheets, which allowed the group free reign in terms of interpreting the music. It was shortly thereafter that drummer Colin Stranahan would cement himself as the bedrock of Real Feels. The group would go on to release two albums in 2016, the self titled Real Feels and a live follow up Real Feels: Live, Vol. 1.

Raymond wants the music of Real Feels to connect to his listeners. So rather than compose “heady” or complex songs, he focused on simplifying and writing music that people could sing along with. The majority of the music on Joy Ride was written during a self-imposed summer retreat in which Raymond spent hours composing each day. He also decided to compose at the piano, an instrument on which he is less in command, creating a natural handicap to insure the pieces would be more natural.

When Real Feels was ready to record, Raymond brought in Matt Pierson as producer to help streamline the recording process and help craft a stronger musical presentation.


The recording begins with “Joy Ride,” a jaunty original that keeps both the band and the listener on the edge of their seats the entire tune. The group’s interpretation of Paul Simon’s “I’d Do It For Your Love” provides a perfect setting for Raymond’s flugelhorn on the sing-song melody and intriguing harmonic underpinning. Raymond’s “Follower” evokes a Radiohead-esque vibe, with a steady groove and winding, mysterious melody. Justin Vernon’s music is a huge influence on Raymond, as Raymond was in Eau Claire when Bon Iver was just in its nascent form. Taking hints from a live Bon Iver performance in Brooklyn, Raymond rearranged “Minnesota, WI” into an incredibly poignant and resonant piece which features Hekselman stretching over his own guitar loops. The group’s take on the hymn “Be Still, My Soul” starts out calm but gradually becomes more edgy and dissonant, ending with a collectively improvised release of acoustic and electronic sounds.

The bare, yet moving Raymond original “Fortress” further reinforces Raymond’s indie-rock influences. Peter Gabriel’s “Solsbury Hill” is a perfect pop song set up with a repetitive guitar riff that the group modulates both harmonically and metrically throughout. Raymond’s soulful “En Route” is a lighthearted piece that breezily traverses the musical back roads. A tribute to a Minnesota legend, Raymond’s pastoral take on Bob Dylan’s iconic “The Times They Are A-Changin’” (to this day, still a powerful political statement) subtly shifts and bends, yet retains, the essential sentiment of the song. The recording concludes with “Hymn,” a duo performance with Hekselman leaving the listener with a simple and sincere melody resonating in their ears.

The journey through the ups and downs of life can be made more smoothly with the influence and love of friends and family. The urge and opportunity to create a band of friends was of high importance to John Raymond. His Real Feels trio is a distinctive and highly listenable ensemble whose care and passion can be heard on their new recording, Joy Ride.