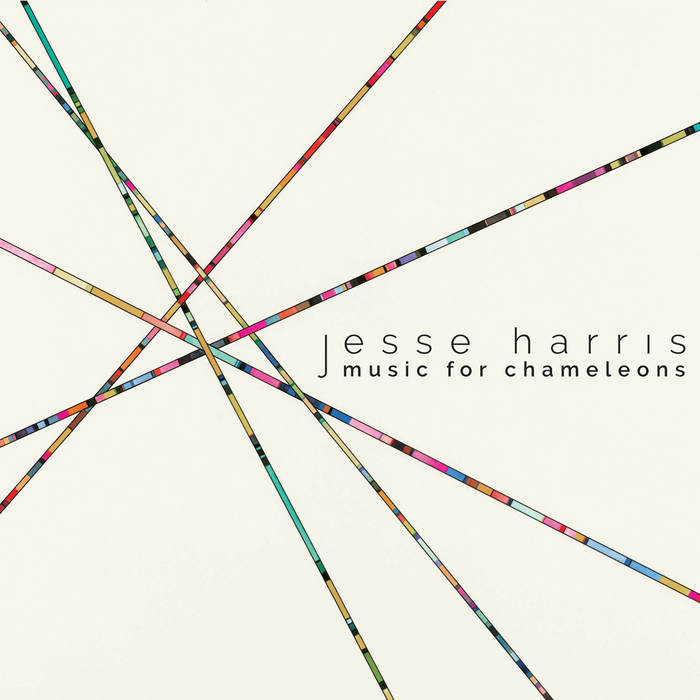 Singer/songwriter Jesse Harris has made a career out of crafting stunning songs that are impactful no matter how they are expressed. The most effective vehicle for his compositions has been with his own voice and with the duo, Star Rover. For his new recording, Music for Chameleons, Harris expands the ensemble and creative input to create a collection of songs that are broad in scope and powerful in performance.

The New York based Harris is well known for his tremendous songwriting and for his collaborations with other celebrated musicians, including Norah Jones, Petra Haden, Kandace Springs and Melody Gardot. Music for Chameleons (the title taken from a book of Truman Capote short works) is another advance in his collaborative endeavors, allowing the music to blossom with the help of some brilliant musical minds, not only the members of Star Rover, guitarist Will Graefe and drummer Jeremy Gustin, but also keyboard/guitarist Jesse Carmichael (Maroon 5), bassist/producer/engineer Jason Lader (Rick Rubin, Frank Ocean, Maroon 5, Jenny Lewis and Julian Casablancas) and string arranger Maycon Ananias (Maria Gadu).

The concept for the recording arose from a recent tour for Harris and Star Rover on the West Coast. While in Los Angeles performing at the Blue Whale, Harris took the band into the studio with his friend and producer Jason Lader playing bass. Lader proposed that they invite Maroon 5 keyboard/guitarist Jess Carmichael to join them. The session went extremely well and produced two tracks, “On My Way Back” and “You Don’t Have To Be Alone.” Inspired by the session, Harris knew that he wanted to do more and got the ensemble back into the studio a couple of months later.

The record was truly a collaborative effort. Harris wrote new pieces or took recent pieces that he had written, and worked them out with Star Rover in rehearsals and live performance. They then took the material to Los Angeles, where Lader and Carmicheal were able to add to the collective sound and energy. Harris also reached out to his friend Maycon Ananias, a Brazilian composer and arranger, who, with the help of the Opera Orchestra Curytiba String Ensemble, provided some wonderful string parts to a number of the compositions. Petra Haden also appears adding her signature arrangements to two songs.

The music on Music for Chameleons is varied and informed by many traditions. The rhythms of the wistfully disjunct “On My Way Back” are inspired by Brazilian music. The deceptively optimistic tone of “Forget It Happened This Way” belies a lyric that depicts a flawed relationship and its pleasantly jarring mix of 3/4 and 4/4 time signatures. “I’m Not On Your Mind” and “You Can Only Wait So Long” illustrate melancholy with unique moods, a hazy mellowness in the former and a fidgety reluctance in the latter. “Anything Was Possible” was written for and performed by Harris in the Sally Field film Hello, My Name Is Doris, and revisited here as more of a jazz ballad than the folky original.

The blithe instrumental “Everybody Thinks You’re a Movie Star” features a lovely wordless vocal arrangement by recent colleague Petra Haden and strings by Ananias. Harris’s “Neither Old Nor Young” and “Talk To Me” were recently featured on singer Kandace Springs’s new album, Soul Eyes, andare presented here in the voice of the composer, which always gives an interesting perspective to anyone who has heard both versions. “Taking My Time,” written with avant-garde legend John Zorn (music by Zorn and lyrics by Harris), is a gauzy bossa featuring an exotic string arrangement and vintage organ. “A Matter of Time” has an appropriately breezy, SoCal pop vibe.

“You Don’t Have To Be Alone” is a punchily assertive rock minor blues, while “I Always Thought The World Would Catch Your Fall” is a wonderfully churning vehicle showcasing the group’s fantastic rhythmic range. The recording concludes with “Surfside,” a wistful instrumental composition that had been a regular addition to the live shows.

Music for Chameleons is a consolidation of influences from a spirited and ingenious group of players. From the fantastic writing of Harris to the astounding musicianship of Lader, Carmichael and Star Rover, the album is captivating, infectious and heartfelt.