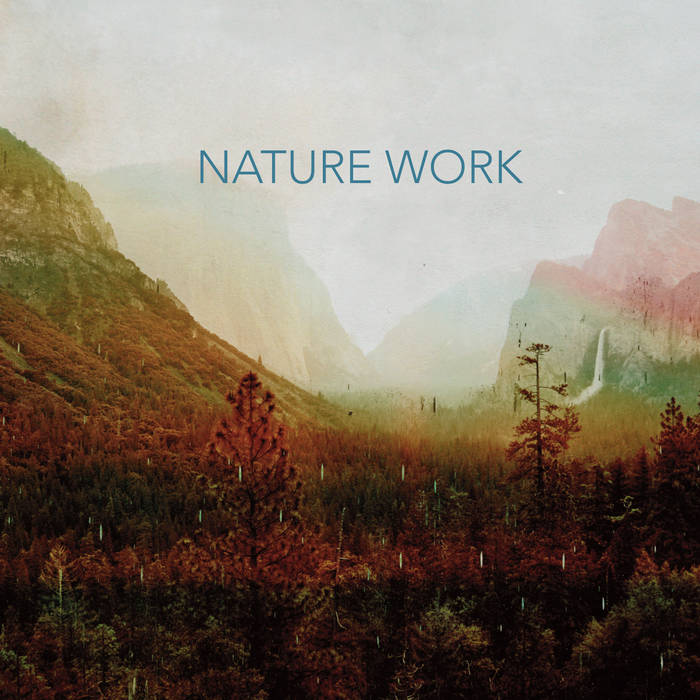 Sailor Dog This here is some freedom music. This is what freedom sounds like.

Nature Work was born out of the desire of two talented musicians to work together more closely. Jason Stein and Greg Ward boldly added the incomparable talents of Eric Revis and Jim Black to give their ensemble an unpredictable and intriguing blend of strength, intelligence and adventure, which can be heard on the new recording, Nature Work.

There is a place in improvisation where it is in the service of the music to shut off the conscious mind and let the subconscious takeover. Bass clarinetist, composer, and improviser Jason Stein thinks of the work of the subconscious as a natural expression and, thus, considers the act of playing and composing as “nature work.” There might not be a better example of this process than with Stein and saxophonist/composer Greg Ward’s collaborative ensemble, Nature Work.

The Chicago based Stein and Ward are well known in the more expressive corners of the jazz world. Focusing on the bass clarinet, Stein has gained notoriety for his breadth and skill on his horn, not to mention his activity in numerous ensembles. Ward has also made a name for himself as an exceptional player and composer. Stein and Ward are inheritors and explorers of the boundaries between composition and free improvisation stemming from the legendary work of Chicago’s own Association for the Advancement of Creative Musicians, as well as the Ken Vandermark-born, DIY school of eclecticism in music, with a focus on improvisation.

The two woodwind players have known each other and have played in a multitude of musical settings over the past decade. Stein and Ward really began to gel as they toured with Mike Reed’s Flesh and Bone ensemble from 2016 to 2018, which led them to look for the right opportunity for putting their own group together.

Long having been a fan of bassist Eric Revis (Branford Marsalis Quartet and Tarbaby), Stein invited him along with the dynamo drummer Jim Black (Human Feel, Alax No Axis and Tim Berne’s Bloodcount) and Ward to play a couple of gigs in Chicago. Four individuals from various places (Chicago, Los Angeles & Brooklyn/Berlin) came together to perform high-energy, creative music and Nature Work was born.

The concept around the ensemble seems simple: gather talented musicians who are comfortable at the crossroads of composition and improvisation and create inspired music. The true test is finding musicians who have a natural connection, though they may not have ever played together before (as was the case with Revis and Black). The dynamic of the two horn players matched with the steadfast solidity of Revis and the rhythmic fluidity of Black allow the ensemble to create music that is at times intricate and at times unhinged, but all in the service of creativity.

The compositions on the album are split between writers Stein and Ward. Nature Work used the two performances as rehearsals for their recording session at the beginning of January 2018 at Electronic Audio in Chicago.

The program begins with Ward’s jittery “The Shiver,” which provides an intricate horn duo over a driving rock rhythm that unexpectedly breaks into swing. Led in by a poignant Revis bass solo, Stein’s “Hem The Jewels” reimagines one of sax legend Julius Hemphill’s compositional themes before opening up for some impressive solo performances. Stein’s “Porch Time” is based on complicated rhythms as the ensemble leans on Revis’s time keeping to propel it over Black’s deliciously manic drumming. Ward’s “Zenith” features the contrast of Black’s off-kilter drums versus the low end horns.

Stein’s “Opter Fopter” takes its name from his daughter’s catch-all title for all illustrators and is a colorful example of the dynamic and expressive range of the ensemble. Ward’s “Cryptic Ripple” is quietly pulsing until it explodes with the kinetic energy of free improv, while the saxophonist’s “Tah Dazzle” is a buoyantly direct piece that allows the soloists to soar over the driving rhythm section. Stein’s “South Hempstead” has a junkyard mentality picked up from the streets of the town the bass clarinetist lived in on Long Island. The recording concludes with Ward’s softly swelling “Rise,” which builds into an impressive display of interplay and passion.

Nature Work is a collection of fervent improvisers who bring a great intensity and willingness to the interpretation of the compositions of Stein and Ward while adding their unique improvisational voice to the collective sound.