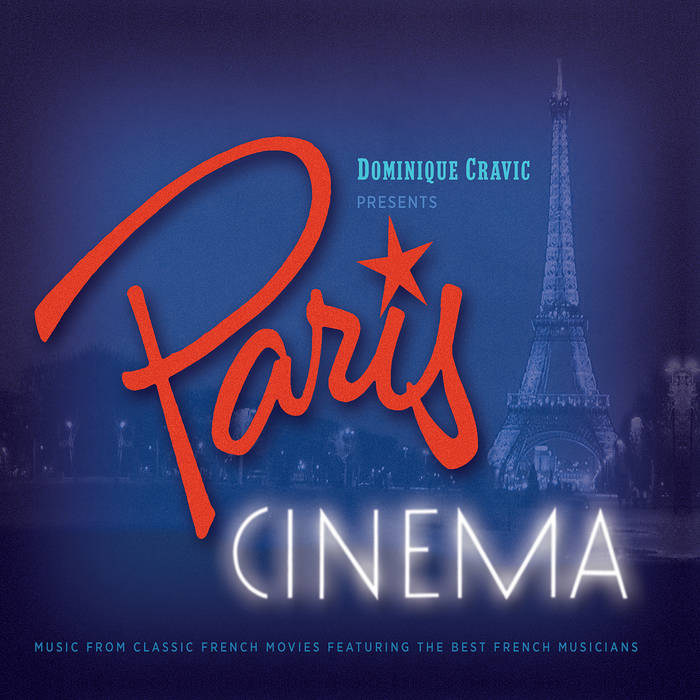 Paris is a city that has been immortalized in arts of all mediums. From poetry to painting and song to shutter, the City of Light remains one of the most romanticized and beloved cultural centers of the world. Dominique Cravic and friends have put together the recording Paris Cinema, a tribute to Paris’s forays into classic French film and film music from the 1930s to the 1970s.

Cravic has established himself as an expert in the field of French popular music from the early 20th century, including chanson and musette. As the leader of the fabulous ensemble, Les Primitifs Du Future, he has developed long relationships with other connoisseurs in the field, including accordionist Daniel Colin and vocalist Claire Elzière.

Over the past ten years, Cravic, Colin and Elzière have been enlisted for a range of projects commissioned by Japanese record producer Kenichi Takahashi of Respect Record Ltd., resulting in nearly a record each year focusing on different aspects of French musical culture. Takahashi brought the three, plus a number of tremendous French musicians, together to record these classic songs from composers as well known as Charles Trenet, Georges Brassens and Serge Gainsbourg, thereby capturing the spirit of Paris through the spirit of French cinema.

During his college years in Paris, Cravic was introduced to the vast repository of French cinema. As he began to explore film more and more, he was led to older cinémathèques that continued to show the vintage Art et Essai type films of the 1930s and 1940s, not to mention the numerous film festivals where he could absorb the many examples of these classics, including film noir and musicals.

When approaching the Paris Cinema project, Cravic and company wanted to present the music in the landscape of time and place, namely the neighborhoods of Paris as they changed during the 20th Century. Cravic compiled and submitted a list of pieces to Takahashi, who narrowed the list and also provided some suggestions. Cravic was also responsible for the majority of the arrangements of the music but, as the musicians involved were all long time collaborators, there was a good deal of flexibility as the pieces worked themselves out during performance.

The compositions covered on the recording are vast and varied. The program tries to capture the impression of traveling through time and place, from arrondissement to arrondissement over a span of some 50 years. The listener can hear the range of the ensemble on three versions of Maurice Jaubert’s floating “L’Atalante” from the aquatic 1934 film of the same name, the last especially enhanced by Fay Lovsky’s musical saw. Elzière’s vocals can be heard to good effect on Auteur Agnès Varda’s dancing “La Joueuse” from the 1962 film Cléo de 5 à 7. Even the legendary Serge Gainsbourg gets a loving, guitar driven rendition of his “L’Eau À La Bouche” from the 1960 film of the same name.

Dominique Cravic, Daniel Colin and Claire Elzière have come together to create a fabulous recording in Paris Cinema of music from classic French cinema that showcase the true kaleidoscopic diversity and beauty of the iconic city on the Seine.