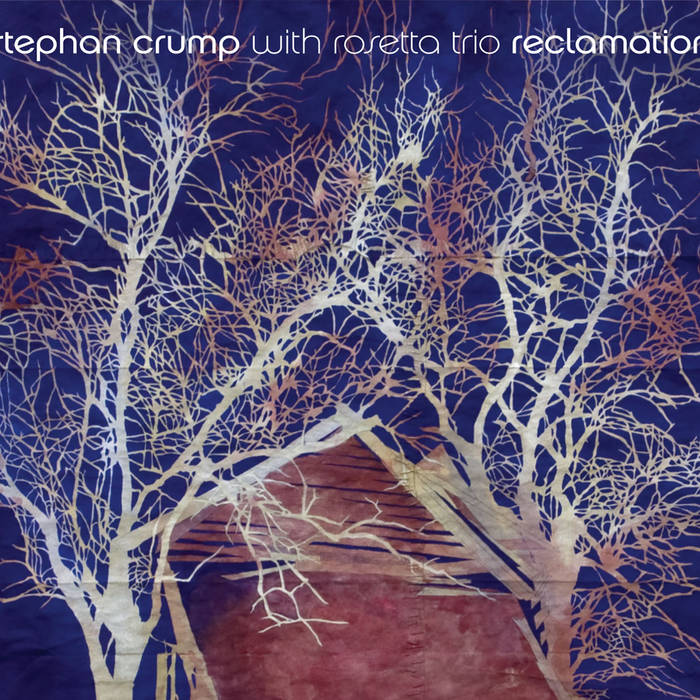 John Cratchley Second outing...confident and assured; the combination of two guitars and a bass (unusual) is beginning to coalesce, I think, on this recording...it sits easy on the ear; allowing you to concentrate on the rhythms and delicate filigree on show.

"Crump brought together Rosetta Trio for the first time in 2005 to record an album of pieces written in the aftermath of 9/11. That “engaging and sublime meeting” of Crump on acoustic bass with guitarists Liberty Ellman and Jamie Fox, produced the album Rosetta which was released in 2006 and greeted enthusiastically by fans, radio and the press. “Here is a string ensemble for the new century!"" raved Donald Elfman in All About Jazz NY.

Reclamation is much more than a follow-up effort to its ecstatically-received predecessor, though it was the earlier album that gave the trio its name and its mission: to inhabit the dynamic and rhythmic flexibility of a drumless ensemble and embrace its challenges and expanded responsibilities; to reject restrictions of genre; to explore different territories of feel, texture, color; to groove. Here the trio further develops its intimate synergy and reveals its maturity after having toured and recorded in numerous contexts since those first sessions. This is a band.

The album’s opening track, “Memphis,” delves into the theme with an loping wistfulness, as Crump honors that which his hometown has given him while also conjuring a fitful goodbye. The intensity of “Overreach” speaks to the self-destructive tendencies of his own country while the epic “Pernambuco” looks outward from the Brazilian wood from which his bass bow was carved, to the whole of history and the ravaging of a rich land’s resources. The introspective “Escalateur” is a song of striving, ascending, while the center track warns of the ways technology can render us “Here Not Here.”"