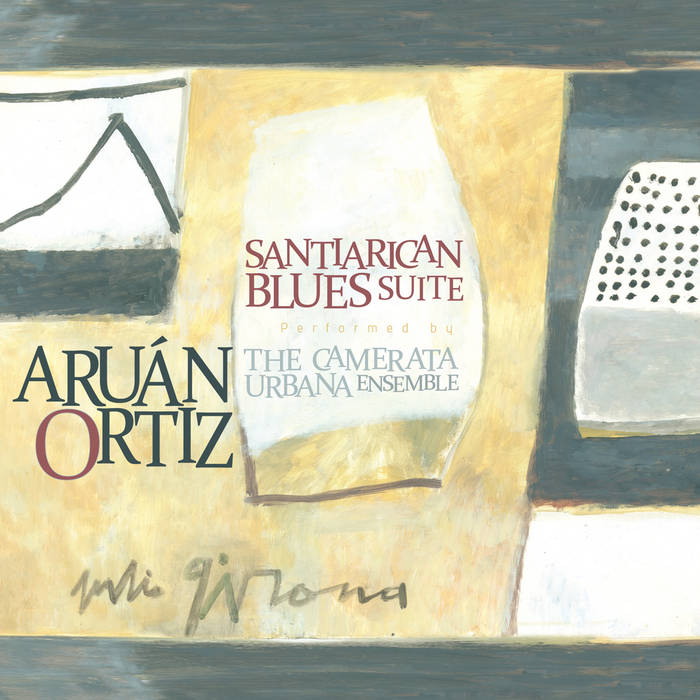 Cuban folk culture presents a melting pot of traditions originating from locations throughout Europe, Africa and the Caribbean. This combination has been celebrated for decades through a multitude of art forms, most notably music and dance. Cuban composer/pianist Aruan Ortiz offers a new musical score for ballet entitled Santiarican Blues Suite that encapsulates the essence of the cultural developments of the Oriente province of Cuba from the early exposure of Afro-Caribbean music of the slaves to its more cosmopolitan mélange.

Ortiz is a Cuban of Haitian descent hailing from the city Santiago de Cuba in the former province of Oriente, Cuba. (Oriente was divided into five provinces in 1976). As the farthest East province in Cuba, Oriente was known historically as a major hub in the slave trade and, with its fertile sugar crop, a destination for slaves taken from around the Caribbean, most predominantly from Haiti between 1800 and 1803. The mixture of the Franco-African Créole and the Euro-Spanish traditions has made this area such a unique cultural stew.

Santiarican Blues Suite is an extended piece written for the original ballet Pagan O Not performed by the José Mateo Ballet Theater in celebration of the company’s 25th anniversary. Like Ortiz, the company’s founder and artistic director José Mateo hails from Santiago de Cuba. The music and ballet are composed in a way that presents the evolution of Afro-Cuban dance in Oriente from the arrival of the Haitian immigrants to the present, portraying festivities still in practice using Haitian music and dance as their foundation.

The composer of this work uses his native country’s incredible diversity to inform his own musical path. Ortiz’s musical evolution begins with a background in classical music as a pianist and violist. Concurrently, he studied Haitian-Cuban music and jazz. Ortiz was discovered after winning the award for Best Cuban Composition at the Symposium of Cuban Music in 1995, which prompted a move to Barcelona, Spain and the beginning of his professional jazz career. He has moved from Barcelona to Paris to New York while collaborating with some of the jazz world’s most prestigious stars, including Wallace Roney, Terri Lyne Carrington, Greg Osby and Esperanza Spalding.

The Suite blends contemporary classical with forms of Afro-Haitian music dating back to the 19th century. The compositions of the Suite are based on the African minuet form that originated in Haiti and has become a standard musical format in Oriente (aka tumba francesa). There are five separate movements that each present a unique Afro-Cuban style.

The first movement “Diaspora” is a tribute to the Haitians that were taken from their homeland to Cuba to work in the sugar fields. Master Cuban percussionist Mauricio Herrera’s pace on drums mirrors the uncertainty and dread experienced by the immigrants upon their arrival on foreign soil. This is an extremely effective and emotive journey through the psyches of the displaced, full of tension and drama.

“Pal Monte” begins with a lovely solo vocal that leads into the tumba francesa’s celebratory form. The tumba francesa is a song form native to Oriente and typically accompanies a dance with drums and trumpets as accompaniment. This adapted rendition showcases traditional Haitian percussion instruments, including the catá (wooden xylophone).

Dancing flute, piano and drums begin the third movement, “San Pascual Bailón.” This movement is inspired by the Catholic procession in honor of the Saint. The rhythm accompanying the performers is called the tango haitiano (identified by its syncopation on the fourth beat), which was the origin of the contradanza criolla.

The flute fanfare leads to a quietly stringed section at the beginning of “Jubilee/Comparsa.” The repeated flute melody is interspersed with an ever-expanding string motif. There is a slow buildup as the European and African musical elements come together in a Créole celebration that is meant to represent the Cuban musical legacy that holds such an important place in modern music.

The Suite is a moving tribute to an amazing cultural legacy that was made possible by the blending of music and dance of the Haitian-African and Western-Spanish traditions.