The Day That Is 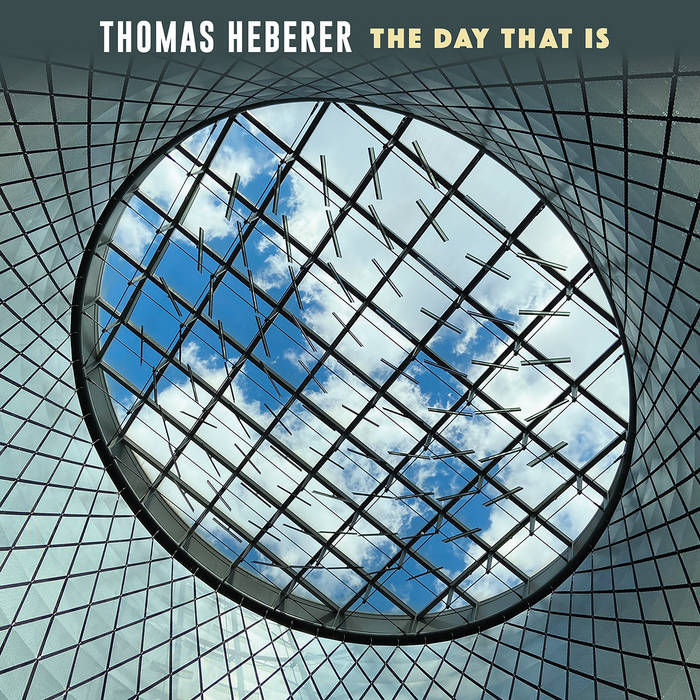 The dramatic events of the past two years have altered the social and political landscape of the world. The pandemic had the world’s population reeling. Performing artists were particularly affected by COVID-19, as their livelihood was taken away from them in one fell swoop. Veteran trumpeter, improviser, and composer Thomas Heberer took the opportunity while sequestered in his New York City home to compose and coordinate the recording of his new album, The Day That Is.

Well known for his work in the improvisatory jazz world with the likes of the Instant Composers Pool and the Nu Band, Heberer has been focused on showcasing his artistic breadth. His knowledge of the jazz tradition is encyclopedic and his open approach to the music proves just as catholic. The past few years have seen Heberer look more and more to the music of bebop, post-bop, and the New Thing as much as the free music he has long been associated with.

Heberer knew that he wanted to write for a quartet composed of two horns and a rhythm section of bass and drums on his new project, returning to an ensemble size he had familiarized himself with in the 1990s with the group Tome XX. As a fifteen-year member of the New York creative music scene, Heberer was in a perfect place to select a group of musicians who he trusted to interpret his vision and to provide the special, spontaneity that the music requires.

The trumpeter had long been a fan of drummer Michael Sarin, whom Heberer had initially heard with the late, great woodwind master Thomas Chapin. A partnership began to flourish when Heberer joined Sarin in the faculty at Maine Jazz Camp, where they began performing together regularly. Heberer got to know bassist John Hébert as a member of Angelica Sanchez’s Nonet. Hébert’s brilliant musicianship and warm, Southern vibe made him a perfect collaborator. The trio came together for a handful of sessions and a number of live performances prior to the pandemic.

Heberer took some time to decide on the other horn voice, eventually deciding to call on fellow German expat and saxophonist Ingrid Laubrock. Heberer has known Laubrock for years and had long appreciated her strategic, compositional minded approach to music making.

The concept for The Day That Is was born just before the pandemic but was accelerated once Heberer’s touring schedule came to a halt. At home, Heberer fell back into his rigorous practicing and composing routines. By the summer of 2020, he realized that the social isolation might last for some time, so he decided to be proactive and have something to show for his time spent at home. The leader’s pieces focused on a number of compositional elements, including ambiguous sounding symmetrical scales. He was also cognizant of providing different parameters for each piece and the architecture of the album as he put the program together. Heberer began to contact the other musicians in the fall to align schedules.

December saw the quartet assemble for the first time to rehearse at the Michiko rehearsal studios in New York’s deserted Midtown. The situation felt particularly ominous as the musicians had to socially distance and cover their horns.

The quartet were joined by engineer David Stoller at the Samurai Hotel recording studio on January 6th, totally unaware of the events that were about to unfold in Washington, DC. As the recording proceeded, Hébert kept the participants abreast of what was happening at the Capitol Building. The group remained focused but alert as they went through the day, only realizing the full magnitude of the insurrection later.

The program begins with the title track, a compressed 6-bar composition that utilizes an ambiguous tonality to allow the improvisations to travel in any direction. Inspired by a sauntering camel ride he had on a visit to Morocco, Heberer’s “Erg Chebbi” echoes the atmosphere of Juan Tizol and Duke Ellington’s “Caravan.” The pseudo ballad “Seconds First” is inspired by the compositional ideas of Andrew Hill and allows the melody to move from trumpet to sax to bass, in a tense but beautiful harmony. The propulsive “Caro Pook” is named for Heberer’s friend, the German composer. It is a piece custom built for Sarin’s unique rockingly swinging drumming and group improvisation, keeping all ensemble members fully occupied.

Heberer’s “Then There Were Three” is an unusually structured piece that presents three independent parts coming together to build into a programmatic long form composition with an extended solo from Sarin. The beautiful melody of “The Sleeping Bag Unfolds” pairs the trumpet of Heberer alongside Laubrock’s soprano sax. The tune’s title refers to Heberer and his wife’s promise to isolate from each other in sleeping bags if necessary during the pandemic. “Closing the Gap” is a brief interlude inspired by the binary musical world of improv/jazz legend Steve Lacy. Dedicated to a departed friend who invited Heberer to East Germany as the Wall fell, “Jimi Metag” is slightly dark and mysterious, an allusion to the dark side of the pseudo- socialist experiment of East Germany.

Composed prior to the pandemic for the Nu Band, “One for Roy” was written for trumpeter Roy Campbell, whose chair Heberer took over when the Downtown legend passed away. The piece splits the ensemble into two, sax with trumpet and bass with drums, with two independent scores which allow the music to overlay at its own pace. “Mapping the Distance” is built over a symmetrical scale ostinato and is a vehicle for solos from Sarin and Laubrock. The program concludes with “The Sky Above,” a gorgeous coda written in a richly harmonious Bill Evans style.

The crazy years of the Trump presidency and the political challenges they amplified had the world on edge. The addition of the pandemic only heightened the tension. Thomas Heberer aimed to provide art that was the opposite of the “ideals” trumpeted during these times. The Day That Is presents music concerned with sharing and creating together, fighting the ideals of those who decided to attack the Capitol Building on that day in January 2021.