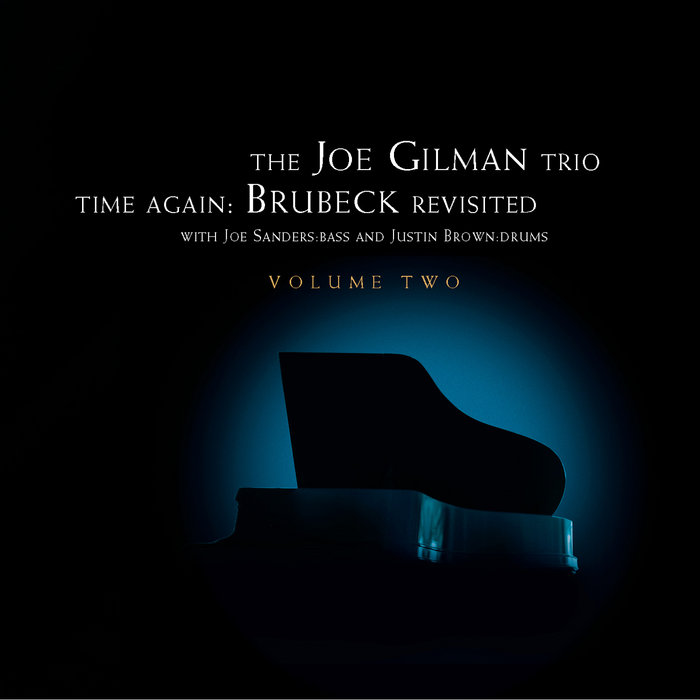 In November 2001, a local Sacramento Jazz group that I perform with called Capital Jazz Project presented a concert of all Dave Brubeck music. The director of the Brubeck Institute, JB Dyas, was in attendance and asked if the group would repeat the performance at the Brubeck festival the following year. He also asked if I would come in and teach Dave's music to the Institute students for a week in December 2002.

After teaching Dave's music to the students there, I submitted a report to JB as to my endeavors. JB copied the letter to Dave Brubeck. Dave was impressed,and sent me all of his published music because I thought there might be some other compositions I might like to share with the students. I thought it was such a nice gesture from Dave and I took many of the tunes over to the Institute to play with Joe and Justin (the bassist
and drummer at the Institute). As we read thru the tunes, they instantly sounded modern and fresh because of the approach of the rhythm section. I rearranged the tunes to fit both Dave's ideals and the talents of the band. I thought the least I could do was record* what we had done and send it to Dave.
— JOE GILMAN

Joe Sanders began his musical training with bassist Catherine McGinn of the
Milwaukee Symphony Orchestra and was a member of the Symphony’s Youth Orchestra for five years. One of the finest young bassists in the country, he continues to study both classical music and jazz, currently studying with Christian McBride and Jeff Chambers.

Justin Brown has performed at several jazz festivals around the world — as a member of the National 2002 GRAMMY High School Jazz Combo; the 1999 Monterey and 2002 San Francisco Jazz Festival all-star high school bands; and with Berkeley High’s award-winning jazz ensemble and combo

"I am truly amazed with the trio’s imaginative interpretations of my music. I laughed and hollered out loud at every track, hearing their rhythmic, harmonic and swinging versions of my tunes.".
Dave Brubeck

..praise be to Sacramento pianist Joe Gilman for having the courage to view Brubeck’s output holistically, and for having the staying power to release a second scintillating volume of Brubeck compositions.

What Gilman achieves is a revelation that every Brubeck fan needs to hear. The familiar vamp is pounded out between the keyboard and the inside of the piano, with punky percussion from Justin Brown nudging the piece towards a hip drum ‘n bass feel. There’s a more familiar jazz feel to the bridge passage, but the trio give this piece of iconic cool a make-over that turns it into a primeval stampede. Its jittery collage-like structure adds to the merriment. A prodigious imagination at work.

“Take Five” represents Gilman at his most extreme, but each track has its own charm and points of interest. The coy ‘teenagers-in-love’ spirit of Brubeck’s dedication to his wife Iola, “I’m In Love With A Girl Named Oli” (first heard on 1997’s So What’s New?) gives Gilman license to evoke Brubeck’s
own funky block chords and the piece marches onwards with relentless impetus. “Forty Days” and “Cassandra” enjoy momentum that probably belongs more to a post-Jarrett or Corea feel, and good to hear Brubeck being updated so successfully.

“The Duke” itself has probably never been overhauled as radically as this, with Gilman casting it as a piquant bi-tonal dirge, at once a brilliant memorial for the Duke and a celebration of the harmonic potential Brubeck’s concepts have opened up for jazz improvisers. Volume Three to Get Ready?
Jazz Review (August 2005), by Philip Clark